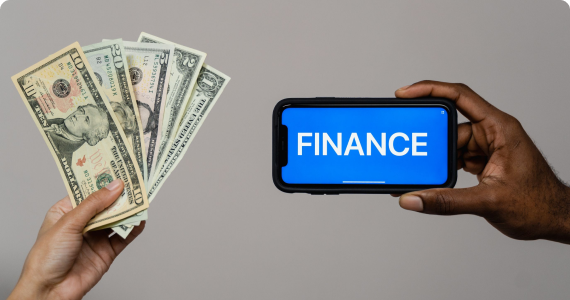 The last several months has been a time of confusion for both wealthy taxpayers and corporations, as the fate of U.S. President Joe Biden’s $1.75 trillion climate and social spending package, known as the “Build Back Better” bill, has undergone a rollercoaster ride of both support and defection.

Earlier in 2021, many wealthy Americans started to plot out strategic moves to pay more in 2021 and hopefully avoid the impact of one of the biggest tax hikes in a generation, but with recent confusion and debates, the question remains whether this ongoing scrambling is necessary.

What Does the Build Back Better Bill Mean for You?

After months of lengthy negotiations, the House passed the Build Back Better bill in late November, with a fairly healthy margin of 220-213 that was mostly along party lines. However, as the bill makes its way to the Senate, (with upper-level lawmakers continually negotiating some of the bill’s minor and major points), there has been some conflict that has bogged down the bill’s progress.

Since the Democrats have such a slim majority in the senate, they cannot afford any defections from their 50-member caucus, but it has become clear in the past several weeks that this could be a potential problem. Most notably, U.S. Senator Joe Manchin, a moderate Democrat from West Virginia, shocked his colleagues when he announced in a news interview that he would not support the spending package as is, leading to new theories that the bill might never come to fruition.

However, despite the ongoing confusion and the bill’s current hiatus – it has been pushed back to 2022 – wealthy individual taxpayers and corporations should not put their strategic 2021 tax moves on hold.

In the past, Manchin has publicly stated that he does support increasing taxes on corporations and wealthy taxpayers, and reversing some of the 2017 tax cuts from the Trump administration, which he opposed at the time. In addition, the White House has said that it will continue to work to create a compromise and finalized bill, and even if the bill doesn’t pass until later in 2022, some of the tax changes can go into effect retroactively, starting on January 1, 2022.

So, now is the time to plan for future tax hikes, because it seems very likely that some of the bill’s increases will eventually go into effect soon.  Among these bill components, many experts and political strategists have attested that the current tax provisions which are essential in order to seal a deal among 136 countries to enact a 15% global corporate minimum tax are not currently controversial, and are likely to survive any future revisions.

So, what other tax increases are in the bill that could affect corporations and wealthy Americans? Here’s a brief sample of some of the biggest changes:

Keep in mind that the above components of the Build Back Better bill are still in flux, and can change over time. For example, in President Biden’s original draft of the bill, was that the President requested a 21% minimum tax on U.S. companies’ foreign income, which was later reduced to 16.6%.

Even so, because of the hefty and sweeping changes, and because the bill is not dead in the water yet, corporations and wealthy taxpayers should still get their ducks in a row in anticipation of any changes to come.

Our Tax Professionals Can Help

At Waters Hardy & Co, P.C., we have extensive experience working with individuals and corporations of all tax brackets and income levels in order to find the most optimal savings possible, regardless of the political climate and current tax changes.

If you are not sure how the tax changes of the Build Back Better bill will affect you, or have any questions about how to plan for 2022 and the years ahead, then now is the time to contact us, before any changes go into effect. With expertise and professionalism, we’ll guide you through the choppy waters ahead so that your bottom line will remain unaffected.